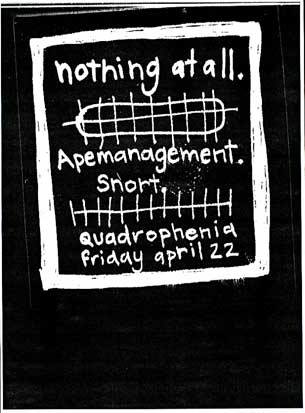 Located upstairs on the corner of Lichfield and Colombo Streets (though the address is Colombo Street, the entrance was actually on Lichfield) and ran by the Yee family for a few years in the mid 90’s. 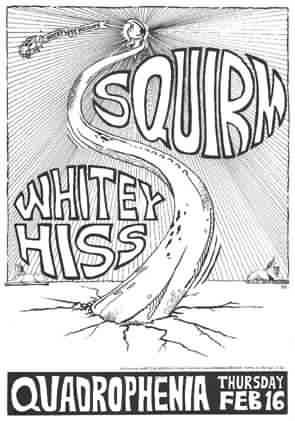 ..Open around mid ’93. Owned by the Yee Family. Had bands and then even had happy hardcore/trance parties! Daega Bar was downstairs to the left of the main entrance. Got demoed and replaced with the Contemporary Lounge part of Ballantynes. 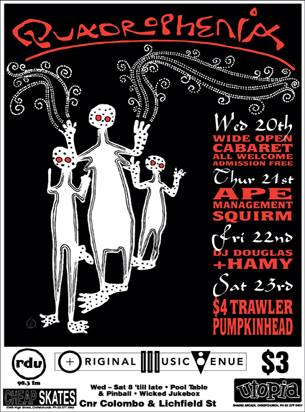 Quadrophenia had three rooms joined by arches, one with no windows in the centre had a stage at one end, with a big painting on the wall behind it. At the other end of that space was the mixing desk.

Through the archway in one direction took you into the bar, which was a slightly bigger room than the band room, and adjacent to that was the pool table room, bar and pool room both overlooked Colombo st and the bar end also looked out over the corner of Lichfield/Colombo.

When I played there in Space Dust, Ape Management, Atom Vulture, Brother Love and the Bill Fosburg Assassins, it was booked by Andrew Penman (Salmonella Dub).

Most memorable night there was with Snort and Squirm and Apes, had it pretty full, best show I ever saw there was Shaft, on their ‘The Hots’ tour, come to think of it also saw a great gig there by Blunt ( I think that was their name…Palmy travelers…turned into Flamin Werepigs…) Bill Fosburg played some amazing shows during this era, unfortunately very few were recorded or filmed.

Posters from the era show that it was a very regular venue with shows 4 nights a week and close ties to both then-student radio station RDU and local skate and clothing outlet Cheap Skates. 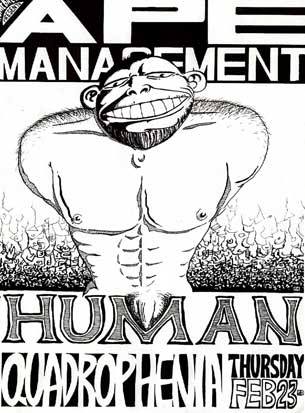 Particularly notable are posters from Ape Management‘s Rock Hardman, showing a very dynamic comic style which would also feature on Ape Management (and other Homebacon groups) art work over the coming years, along with further posters at the likes of Warners and His Lordships. 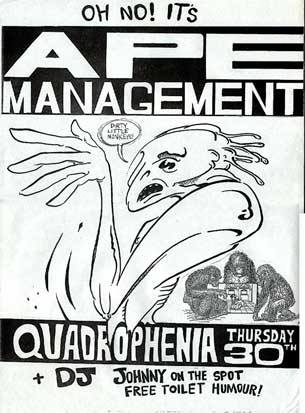 1993?: Quadrophenia opens as a venue hosting bands up to 4 nights a week

2011: Building is heavily damaged and eventually demolished after the Canterbury Earthquakes, replaced by what is now part of Ballantynes.