The Sneakies were a young and naive pop band discovering the world of music from a distinctly dunedin perspective. In original member Matthew Bannisters’ Positively George Street book, which describes their experience and neglectance to accept the ‘Dunedin Sound’ that had been labelled around them, he was quick to point out how they differed from other bands.

Whilst the clean and the Chills were indulging in Toy Love inspired post-punk, raised on a diet of the Velvet Underground and West-Coast psychedelia, the Sneakies were more accessibility orientated troubadores, attempting to ingulf pop, country, folk and blues influences into their simple, gritty rock – and with some success. ‘Theres A Chance’ is one of the landmark tracks from the brilliant Dunedin Double album that brought together the Sneakies with fellow Dunedin City up-and-comers the Chills, the Stones, and the Sneakies eternal brother band, the Verlaines.

Though Bannisters book tries to say elseward, the Sneakies would never quite raise to the level of Graeme Downes talented troupe, but through-out the years (they eventually broke up in the late 80s, Bannister going on to form the Dribbling Darts Of Love) they did produce the odd great pop track (the hit single ‘Husband House’ being another stand-out), and some solid releases. Unlike their contemporaries, the Sneakies went through few line-up changes, original bassist Kat Tyrie leaving as the band started to gain speed, but Bannister, Martin Durrant, John Kelcher and David Pine survived the majority of their existance.

The Stones were an anarchic, anything goes rock band – in Matthew Bannisters’ Positively George Street novel on the Dunedin scene, Bainnister recalls Wayne Elsey (The Stones brilliant singer / guitarist) exclaiming in disgust that Sneaky Feelings think about their music, an idea that seemed foreign to the Stones. But then, the Stones didn’t need to think about the music they made, they were primal, raw, things just fell into place.. But they weren’t by any stretch of the imagination a simple band.

Their contribution to the Dunedin Double release were 4 starkly contrasting songs – one more than each of the other contributors to this seminal document of the birth of Flying Nun as a movement. On ‘Something New’ a huge pulsing wall of guitar slows just out of sync with the songs rhythm creating a beautiful shuffling melody, on ‘Surf’S Up’ they ripped apart a piano, wildly plucking the inner workings of the piano to create a rising crescendo of noise.

They had a detached irony that was never forced – their name and the sleeve for the Dunedin double piece both a brash play on their british name-sakes. Unfortunatley The Stones (who were completed by fellow former Bored Games member Jeff Bats along with Graeme Anderson) were far too short lived – Elsey’s life ended by an accident while travelling by train with the band.

Graeme Downes’ long-standing song-writing vehicle, and one-hell of a brilliant, literate band at that. With the classic line-up of Downes on guitar and vocals, Alan Haig on drums and Jane Dodd on bass, the Verlaines released excellent singles such as ’10 O’Clock In The Afternoon’ from the EP of the same name, and of course their signature tune ‘Death And The Maiden’, which stands as one of the true kiwi classics.

Intricate, visionary song-writing and dynamic, unusual instrumentation (Downes approached composition from a more angular classical perspective, yet their songs could still Rock), along with a high quality thresh-hold mean that pretty much all Verlaines releases have strong, discernable qualities and are well worth getting hold of. They survive several line-up changes under Downes’ lead, and continued to make albums right up to 00s, re-uniting in 2003 for a short NZ tour.

They were particularly of interest because of their moody melody tinged music, and reasonably outstanding in their song writing.

The band played sporadically, and low key, which would explain their relatively unknown status.

They went on to mutate into ‘The Wang” who I never actually saw play, but apparently included 2 bassists in the line-up, Mike Kime of Expendables and Breathing Cage fame being the other bassist…

Over the years the Chills have released a number of brilliant pop songs, right from the outset their material has been catchy and melodic, and have a certain eerie quality to them that separates them from most mainstream pop outfits. All their brilliant early material such as the Dunedin Double split EP (shared with the Verlaines, Sneaky Feelings and the Stones), and the Rolling Moon and Pink Frost singles were compiled in the mid 80s on the Kaledeiscope World album, which was later reissued with bonus tracks once released as a CD. Probably the best example of the Chills vast catalog, it must be considered a vital purpose, unless you can get your hands on the very rare original New Zealand-only Flying Nun vinyl copies releases.

The Chill’s brilliant young drummer Martyn Bull became ill with leukemia in 1982, passing away in early 1983. Band leader Martin Phillips almost brought the band to an end, but after a hiatus of sorts he decided to carry on, replacing a number of band members (which became a habit for the Chills – over 20 years, Phillips is the only surviving member out of over 40 musicians).

By this time they had developed a rather large fan base in the UK thanks to the signature hit ‘I love my leather jacket’, and Phillips decided to write their first full-length album Brave Worlds in Britain, after picking up a record deal with rough trade to release the (now dedicated to Martyn Bull) compilation album Kaleidescope World. Brave Worlds was a great success – being one of the Chills most consistent yet dynamic releases, the simple beauty of ‘Wet Blanket’ showed that Phillips had nearly reached a level of pop perfection in his song writing.

In the succeeding years the chills continued their trend of recycling contributing members, and producing quality pop tunes. After the brilliant follow up albums Submarine Bells and Soft Bomb (which saw considerable success, especially with the aptly named single ‘Heavenly Pop Hit’) the Chills went into somewhat of a decline, with Phillips working through a number of emotional and dependency problems. Most of the later nineties dragged for the Chills, as only the somewhat lukewarm Sunburnt was produced in the later half of the decade.

Around the turn of the century Phillips formed a new band, with new members Todd Knudson (drums), Rodney Haworth (bass) and James Dickson (keyboards) going on to become Phillips’ long-serving accompanists. This line-up has continued to tour and produce new songs, even unleashing lost material from his plentiful songbook (through several rarity compilations, and the intriguing Sketchbook album) in a solo capacity [see Phillips solo entry].

In 2004 the ‘Stand By’ EP was released – 8 songs the now established Chills touring group had been performing alongside their classic repertoire. This remained the last original material the group would release for almost a decade until new single ‘Melted Gold’ appeared as a streaming song on the popular Pitchfork magazine.

They later shortened the name to just the Dribbling Darts, and released 2 albums and 3 EPs – all on Flying Nun from 1990 through 1993. 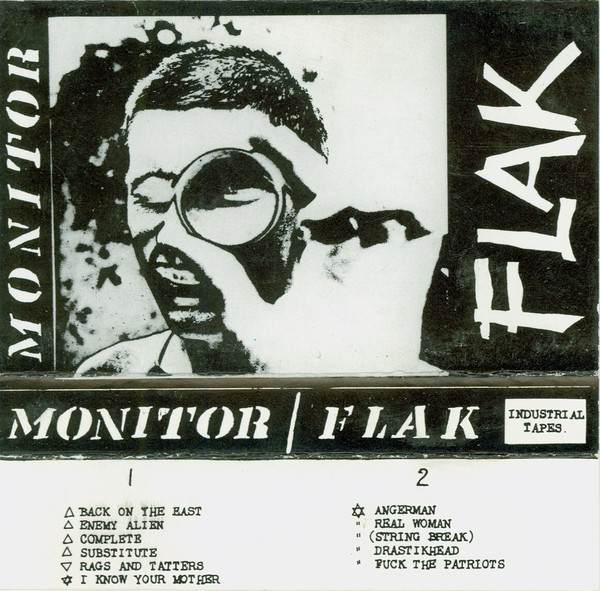 Former bass-player for Sneaky Feelings, released an album under his own name in the early 90’s.