Jody Lloyd started producing his own material as Trillion in 1997, and formed She’ll Be Right records the following year. She’ll Be Right proudly bill themselves as “New Zealand’s only dedicated natural accent focused recording label”, and have a recording roster that includes Billy Wilson, Duff, Lindon Puffin, Jeremy Taylor, St Lucy, Bazuki Joe, Ragamuffin Children, Mustard, Delaney Davison, Tono, John White, Phil Johns, Andy Gibson and Lloyd’s own outfits Dark Tower, Trillion and The Trillion Band. The label is also responsible for publishing the Christchurch-based Catalyst Poetry books (under the Neoismist Press inprint), which have been in print since 2003.

Lloyd is an excellent producer and has created a huge catalogue of collaborations, compilation albums, remixes and other releases. His website (trillion.co.nz) is a terrific archive of all things related to Trillion and the She’ll Be Right label.

The most prolific recording alias of Dark Tower member Jody Lloyd, who has been releasing material under the alias since the excellent Shadows on a Flat Land album in 1998. In 2003, Jody started performing his solo material (and even the odd Dark Tower hit) with a newly formed 5-piece band, dubbed the Trillion Band.

Lloyd had previously formed Dark Tower in Christchurch way back in 1993. Originally a 2-piece rap-crew (alongside fellow vocalist Eli Foley), the duo had considereable success with their Genuine Kiwi Accent Hip-Hop and heavy Kiwiana themes in their original material.

Lloyd started producing his own material as Trillion in 1997, and formed She’ll Be Right records the following year. She’ll Be Right proudly bill themselves as “New Zealand’s only dedicated natural accent focused recording label”, and have a recording roster that includes Billy Wilson, Duff, Lindon Puffin, Jeremy Taylor, St Lucy, Bazuki Joe, Ragamuffin Children, Mustard, Delaney Davison, Tono, John White, Phil Johns, Andy Gibson and Lloyd’s own outfits Dark Tower, Trillion and The Trillion Band. The label is also responsible for publishing the Christchurch-based Catalyst Poetry books (under the Neoismist Press inprint), which have been in print since 2003.

After relocating to Melbourne in 2009, Lloyd (who had performed several times in Melbourne with The Trillion Band) joined local group Pataphysics, but continued producing Trillion albums and music videos.

Musically Lloyd mixes roots music (Country, Folk, Bluegrass) with Hip-Hop and Electronic downbeat elements. After establishing himself with a strong Kiwiana vibe on early releases, his lyrics and topics have become more and more political – even releasing a handful of topical music videos that show his strong political ideas. Lloyd is an excellent producer and has created a huge catalogue of collaborations, compilation albums, remixes and other releases. His website (trillion.co.nz) is a terrific archive of all things related to Trillion and the She’ll Be Right label. 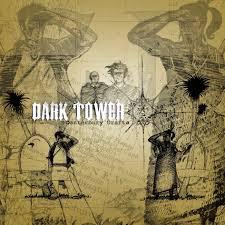 Six years is a long time to be waiting for a debut album. Christchurch, New Zealand hip-hop duo dark tower started strongly way back in 1995 with a killer lead single and subsequent EP entitled Zealman which established their intentions as being perhaps the only culturally conscious New Zealand rap outfits around.

The EP seamlessly weaved a plethora of kiwi references (everything from rhyming Weetbix to the EP sleeve, which depicts the ‘Edmunds Cookbook’ cover – a kiwi tradition) along with a playful musical backing and some excellent, dry vocal delivery.

Over the course of the late 90’s the boys (duo Jody ‘The Earl’ Lloyd and Eli ‘The Eel’ Foley) continued to develop their live sound. They created a strong body of songs that was continually redeveloped and reworked, releasing a number of singles – the majority of which are present on this album. The group eventually took on a third member (Jamie), who left the group just as it was about to put out further delayed the album’s release as the group once again reworked songs to remove Jamie from the proceedings.

The end result is somewhat disconnected, over-produced, yet amazingly intricate. Lloyd has a knack for developing dark moods with his backing instrumentation, incorporating a number of guest musicians into the mix (including his father David – a seasoned folk musician, and pop-superstar-that-never-was Lindon Puffin).

The heart of the album is still very present ‘the land of the long white cloud’ details the duo’s love for their fair city, creating imagery with their thickly accented drawls over some lovely reed whistles from David Lloyd. Their big recent single ‘baggy trousers’ has been reworked, still retaining the fun, humorous aspect of the single version – but really it’s a throw-away joke hip-hop at the best of times.

The duo of tracks entitled ‘That’s right’ raise the seriousness of the album – answering back to the various hip-hop crews who have criticized dark tower for being too ‘New Zealand’. Along with erstwhile old-school crew Upper Hutt Posse, Dark Tower represent New Zealand as it is without being forced into Americanized stylistic traits, yet some took their angle as merely a demoralizing joke on hip-hop itself. Eli and the Earl complement each other nicely on the tracks – Eli being something more of an alto rapper whilst the Earl sticks to a low, almost spoken lyrical flow.

Overly moody overtones make ‘southward bound’ something of an album highlight. Perfectly illustrating the eclectic instrumentation of the album with some tasty guitar work along with a number of unidentifiable bowed sounds and sample manipulations – the track ebbs and flows before Lindon Puffin adds his voice to the sarcastic punch-line: ‘…Coz if you don’t go and take your time to do that helpful dead, then no ones gonna bloody help you, in you time of need’.

The second of their redeveloped tracks, ‘sons of the south’ actually manages to improve on the original – a fully realized take on Lloyd’s (otherwise over-produced sounding) new style, with the boys showing incredibly tight flow. The track builds through a number of different styles, the bass squelching and out whilst the likes of turntable, old-TV theme show music, and full orchestral back builds and drops out.

‘Zealman ii’ totally changes the context of the original track, turning it into an epic, guitar and turntable fueled reinterpretation. Sounding somewhat overblown – the track reads like a manifesto of lyrical prose. Dark tower obviously have a great knack for building complex vocal treatments – ‘we share a common thread of history with much of the world / in that we live in a land which was forcibly colonized by a white culture’ flowing like water at the mouth for the Earl.

Basically the album is a very personalized, over-developed and intricate document to a well-defined culture. It’s an answer back to dark tower’s critics, and on that perspective it succeeds immensely, but at times that feeling distracts from the album being enjoyable on a purely audible level. Thankfully there are enough highs to keep the album afloat, and the numerous in-jokes and New Zealand-based humor add to the albums appeal greatly.

with the break-up of the puffins (with members overseas, in a number of other bands, or just occupied in other ways), lindon reformed in the early 00’s with a speight of new songs, a calmer, more reflective outlook, and his own solo performances. spending a couple of years playing live acoustic shows, playing as a dj on rdu (a local college radio station) and just settling back in to regular life, ‘stuff like that’ finally surfaced in early 2003, along with an imposing, impressive, creative nz funded tour that would take him to even the most remote of new zealand locations.
the new lindon is a man of the people, bringing stories and moments to the people that inspire him. the tour was a bit of a roller-coaster, at times a huge success, whilst in the upper north island lindon struggled with health problems and forgettable shows. a recording and performing friendship with jody lloyd (aka trillion) though has seen lindon continue his solo career, and we look forward to his sollow-up release.
discography
picks in bold

these guys were my band. during my formulative years of establishing an avid interest in new zealand music, no band were more important than the startling christchurch band, the puffins. i’d sneak into the dux (at age 15, whilst the law was still 20) and party for 2 hours straight to the abosulte best live band christchurch has seen since the golden age of the clean.
some people described lindon puffin as the missing link between split enz and the beatles. i thought they were more than that.
for half a decade this wonderful 4-piece (who went through a number of line-up changes, though mostly based on lindon puffin (gat/vox) j.r. the bear (bass), viper conway (drums) and lake vincent(keys)) continued to play and revise their brilliantly crafted new-wave-synth-bizarro-pop music, seldom releasing recordings. they did, however, gain recognition locally through their infamous ‘lighthouse’ single, unlucky appearance on the ‘showcase’ performance show and lindon’s eventual radio persona. in the late 90s lindon began finally committing to tape the songs that had made them so vital, just as the band was starting to crumble round the edges.
a recording session of mammoth proportions (for a self-funded, independently produced recording) the band locked them selves up in a former hospital in rural rotherham (north canterbury) and