Improv-heavy duo Stella Corkery (Sweetcakes, Queen Meanie Puss) and Alan Holt making a variety of different noises in all sorts of directions. Featuring Corkery’s drumming, plus guitar and electronics, many of the duo’s releases so far have been odes (so far to Sun Ra, Christchurch film-maker Paul Jones and the legendary Billy TK), all captured by the upstart Pink Air label. 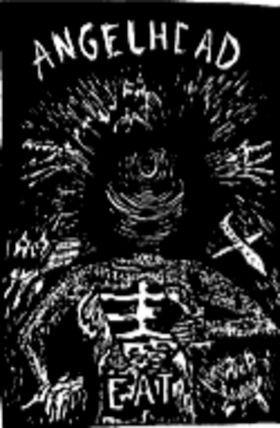 Pretty much in the same vein (and influenced by) other port-chalmers based bands of the era.

Punky all-girl outfit from the early 90’s who evolved out of the similar Angelhead, and put out a couple of quirky EPs before fragmenting.

rachel shearer (formerly of angelhead and queen meanie puss) started recording as lovely midget as of 1995 with a self-titled 10″ release. an unusual album featuring heavy noise quota (vocals, organ and guitar kind of float in and out of a generally pretty damned lo-fi mix. a leisurely approach to writing and recording saw lovely midget return the best part of a decade later with north head – which saw a fair bit of positive underground press.
discography
picks in bold