The Provincial Lounge was a traditional Kiwi Tavern with a long history:

The licence for the hotel was granted to Robert Wagner on 1 May 1865. During the earlier years there were two licences, one for the hotel and another – a wine and beer licence – for an eating-house known as the Provincial Larder. The licensee from 1898 was D. Edmonds. This building was condemned by the Licensing Committee in 1902 and rebuilt.

Michael Bare was a notable publican who ran the Provincial Hotel with his partner during the late 1990’s till the early 2000’s. They brought live music back to the old tavern, fitting out the left pub with a decent stage and a sizable PA that belonged to regular Chris ‘The Hippy’, even bringing their own tap beer (‘Bare Beer’, with a shot of Mike’s bare ass on the label).

During this period the left-side of the Hotel was known as the Provincial Lounge and drew large crowds for regular Thursday Night ‘Lounge Night’ events hosted by appropriately decked out DJ’s Bella Caramella and Miss Lilly, plus emphasized the show-casing of up-and-coming under ground Christchurch acts. 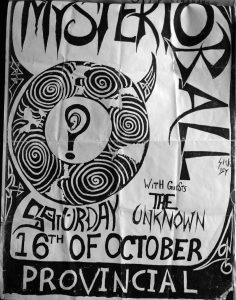 The Provincial was a hot ticket during the late 1990’s heyday – from complete unknown local acts right through to legendary Flying Nun bands such as Bailter Space and The Clean crammed in huge sweaty crowds. Bare would eventually go on to manage The Jetset Lounge. 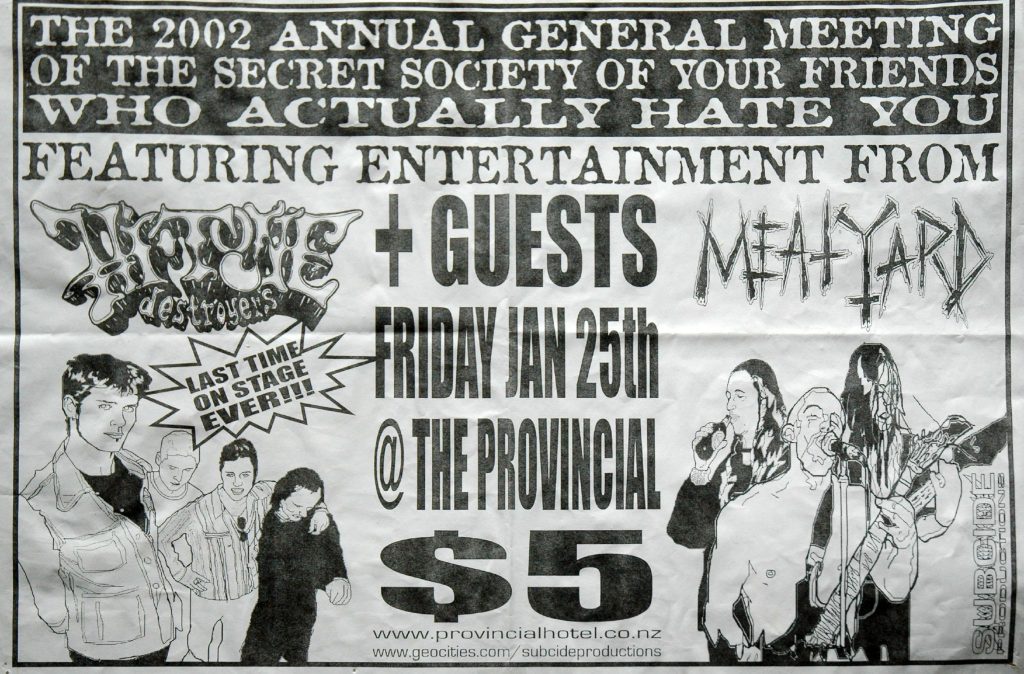 I have a handful of particularly fond memories of the Provincial:

The Clean’s return to Christchurch in 2000, with the crowd hanging out the windows and crammed in to every available space – I was pressed hard up against Robert Scott’s keyboard, with Chris Knox to my immediate right.

The loudest show I have ever attended was at The Provincial. Thanks to a combination of Into the Void (drummer Mark Whyte playing ‘The loudest drum-kit in existence’), the mammoth PA stacks and Marcus Winstanley on the sound-desk. Marcus had been up all night mixing a rave so he was fairly hard of hearing already – when Whyte’s double-kick kicked in during set opener ‘Motorbike’ I could feel the beater pounding away directly on my ear-drums – they didn’t stop ringing for 3 days!

I was a regular at the Thursday night ‘Lounge’ nights – in fact although the venue closed for several years after Bare moved on to the Jetset Lounge, my named remained within the building, on the top of the Limbo competitors board! Decked to the nines in gaudy retro clothing, I’d dance through the night with a whole swag of regulars every week.

Note: This is a work in progress and will have additional content added both in the Map (i.e. venue images) or in the body of this post (i.e. a list of the venues in questioned, grouped by status etc).

Feel free to comment, give suggestions etc – this was put together as part of thebigcity’s on-going Venues archive.