NOTE: This post probably contains quite a few errors and an inaccurate timeline – there is very little info online about old Christchurch venues, so I welcome all corrections and additions!

The Otautahi Social Centre was a mid-sized old hall on Barbadoes Street in Central Christchurch which ran for a couple of years as an All-Ages-Friendly live music venue.

Being an unlicensed youth centre, there was no bar or much in the way of formal organisation, just a space set up with a small PA system, a few couches and a small kitchen and toilets out back. On occasion some kids would bring alcohol to shows (it was even openly endorsed at some punk gigs), but generally things got along in a friendly, community-orientated kind of way. 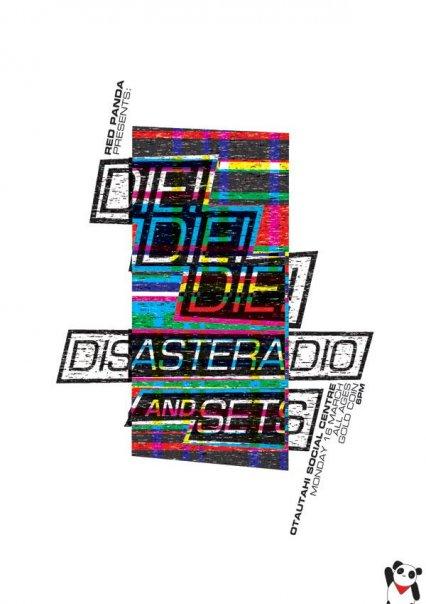 Youth events group Red Panda utilized the centre for a couple of their events, including an excellent ‘secret show’ by Die! Die! Die! and a tea party event involving Auckland trio Bear Cat which involved baked goods and a sit-down hoedown!

Aside from Red Panda the centre was mostly utilized by local punk groups, putting on some pretty anarchic and (most importantly) fun events. The space was used for more than just gigs too – in fact for a period the upstairs level was used as sleeping quarters!

Otautahi Social Centre went through a few changes before and after the Canterbury Earthquake, shutting up shop before coming back again (for a short time at least) as Kreation Art House / Kreation Milk Bar, however in August 2017 the building went through a major repair job, as it was actually quite damaged in the 2011 Earthquakes.

Since late 2017 the site has been operating as ‘Arcadia’ – a retro-games arcade and bar. Though primarily focused on old school video games and pinball – Arcadia has actually functioned as a venue on several occasions, including hosting RDU’s annual ‘Battle of the Bands’ competition. The site is well set up for private parties and events.

Note: This is a work in progress and will have additional content added both in the Map (i.e. venue images) or in the body of this post (i.e. a list of the venues in questioned, grouped by status etc).

Feel free to comment, give suggestions etc – this was put together as part of thebigcity’s on-going Venues archive.

Great fun at this new All-Ages venue run by the Food Not Bombs people. We (Palace of Wisdom) had a great time playing alongside Abortion Bucket, Tweak, Mikkey Pixton and Craig and Teke.