The Penthouse (sometimes just referred to as ‘Level 5’) was a venue name given to the 5th floor of Unlimited Paenga Tawhiti School in Central Christchurch, above the old Hallensteins building in Cashel Plaza. 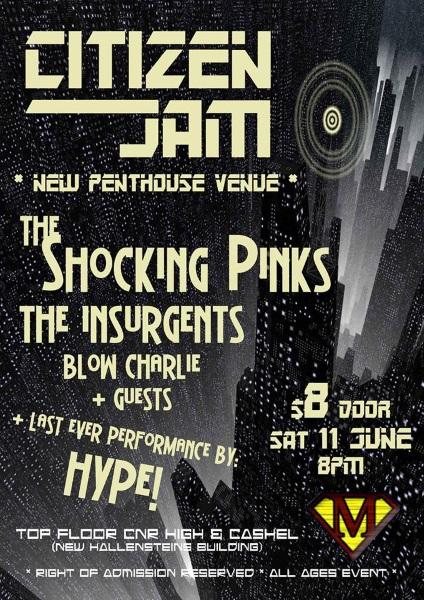 The school was originally used as a venue for All-Age shows promoted by Unlimited Paenga student Jeremy Barribeau, and was quickly established as a suitable spot for shows for AA community group Red Panda, plus several others associated the school such as Will Edmonds‘ Out of Kilter and a series of Raves organized by teacher and DJ Brent Silby. 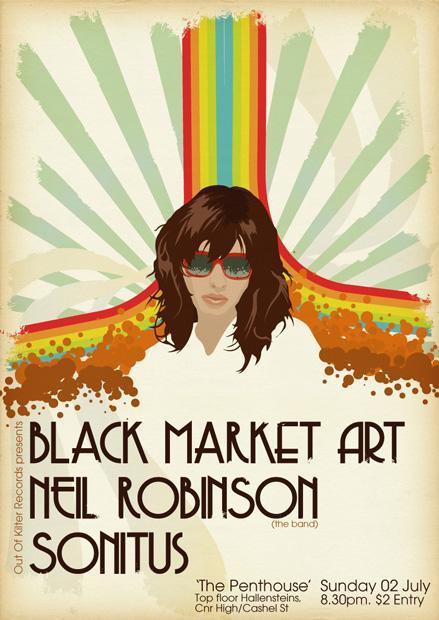 We started with a couple gigs called Citizen Jam. The Glasson family owned it and leased it to the school – so getting permission for an alternate usage was not the easiest. Lots of planning with the fire department and security/risk analysis plans – Rose Jenson Banner helped a lot with that stuff. 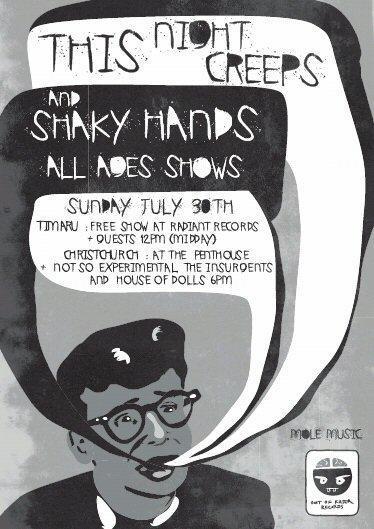 Funding initially came from the city counsel and school board in the form of seed capital to start a radio station (Metropolis Radio) with the intent of fostering a local all ages community. (Early headliner) The Shocking Pinks charged what we all thought at the time was an exorbitant NZ$1000 to play haha!

I organized several alcohol-free raves up there under the Audiodreams brand. We called the venue “Level 5” for our raves.

Audiodreams was a company started by myself with some students. White Elephant helped with supervision and marketing of the raves.

Every show had a strictly no-alcohol policy and security was provided at the ground floor.

The floor was a large, open plan space, and Red Panda shows utilized a decent PA (provided by the White Elephant parent group), plus the schools facilities such as a film projection screen.

Red Panda had connections to A Low Hum and as such a handful of A Low Hum’s touring parties put on AA shows at the venue – the highlights including So So Modern‘s show in September 2006 with Australian act Alps, popular Christchurch electro-pop duo Frase+Bri and youthful indie-pop trio Black Market Art. 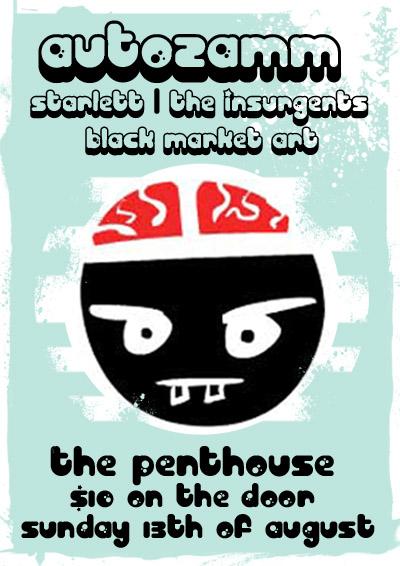 Another fun event put on by the group was the Red Panda Prom, held at the Penthouse in both 2008 and 2009. I had the pleasure of playing in a couple bands (including a ‘super-group’ made up just for the event) and dressing up for the occasion. 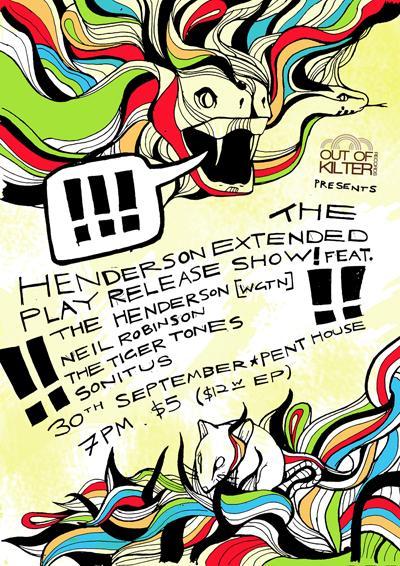 Last AA show we did was the weekend before the quakes with Parking Lot Experiments in the basement of Unlimited (under the Crossing). I remember it vividly – was 48 hours before the Feb shake. Last normal weekend in old Chch. It was a WE show I think as RP was officially wound up into WE and I was working at WE. A local AA band supported (Die Robotor).

The venue was in heavy use right up until the 2011 Earthquake – in fact AudioDreams had a rave planned for March 2011 that was cancelled due to the February Quakes:

However the Earthquakes unfortunately brought a particularly active period in Christchurch All-Age shows to a close, with the Hallensteins building eventually demolished and the school moved.

So apparently thebigcity.co.nz got mentioned in RealGroove magazine this month as Top 10 distractions from work or something to that accord. Sweet! Still Im on a bit of a downer about the current status, theres just not enough updating being done outside of gig listings and photos.

Disasteradio! performing at A Low Hum

Bios, Discogs, Album and Gig reviews; photos, you name it. The new setup should make it fairly easy to post or at least comment on the material on the site, and Im really keen for user involvement, Ive even been considering converting it into a wiki-style content driven by the masses type setup; but Im kinda wary of spam comments and the like.
Oh and talking of RealGroove; their CD comp this month is choice; ChCh-town is represented by Frase+Bri, Not So Experimental, the Tiger Tones, Pig Out Its basically a homage to the fabbo Camp A Low Hum due to the mighty Stevie Kaye and Chris Cudby (aka Dancing Stevie and Super-Force / Half of Golden-Axe) who are prevalent writers for that lot now. Yah for the return of relevant indie music journalism in New Zealand!

Young, exciting and eclectic Christchurch indie-pop group that emerged during 2006 to dominate the local scene alongside popular screamo act Not So Experimental. Led by talented guitarist/vocalist/keyboardist Mark Holland, the group have a funky, dancy rhythm section in Ashlin Ross (bass and initially a little keyboards and vocals) and Andy Frost (drums). The group soon won the annual RDU Round-Up band competition, sneaking through the semi-finals as a wildcard to take the final.

After their ground-breaking victory the group took a swift turn – with Mark switching to keyboards permanently, guitarist James Grant was brought in in a hurry. Immediately the group took on an even more exciting, groove-orientated sound. Grant quickly became a big piece of their sound as their songs fleshed out and developed. After a period of lessened activity, the group released their debut (self-produced) album on Christchurch’s own Pinacolada records.

In 2010 the group fractured, with Grant leaving the line-up, and the remaining members relocating to Auckland. Tiger Tones gave way to Holland’s new recordings as Fistful of Gems (under the performing alias Mark Wundercastle), which is more electronic than the original group. Ashlin appears on the new groups recordings (singing under the pseudonym Dawn Marble).

Young and exciting screamo-pop from Christchurch, have their foot in the door with the local all-age scene and with a little exposure (recent low hum tours) could make themselves a popular r18 favorite too. A technically proficient 4-piece featuring the very young Jack on breakbeat drumming, Jonny on screaming, Robert Martelli on guitar and keys and Scott Stanton on bass, the group are tied to Rob’s other outfit, the more indie-pop-orientated tiger tones.

What a tremendous show! i felt real local harmony tonight as some of christchurch’s freshest local acts took a step up and showed what the garden city is capable of.

My first time seeing ed muzik and i must say i’m impressed. Hugely funny and entertaining fellow, Ed delighted the crowd with a soviet-themed performance that involved enya samples, songs about ipods, and a couple really kooky outfits.

Now a lot of you out there will be familiar with the Tiger Tones, especially since they won roundup a couple weeks ago. we’ll things have taken a major step forward with the addition of guitarist james; freeing up frontman mark to play keyboards and giving the group a whole new set of songs – upbeat and just about the most fun i’ve ever had.

With the gauntlet set down, not so experimental also took a step up, thrilling the crowd with a cataclysmic performance, vocalist johnny throwing himself about the stage and amongst the crowd as the group reached peak after peak. in fact the crowd were so eager for more songs the guys had to repeat themselves as an encore…