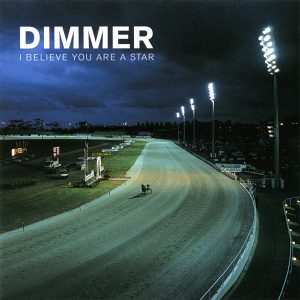 The Straitjacket Fits were an unusual, charismatic, and somewhat untrustworthy rock band. Over the course of ten years Shayne Carter proceeded to claim authoritarian command of one of New Zealand’s most popular bands, releasing three albums.

This trilogy finished with the uneven blow (after two brilliant earlier albums) and the band eventually disintegrated in 1993. Since their split in ’93, Carter decided to build a new band taking a slower approach. Forming dimmer in the mid-90’s, carter never really found the band combination he could relate to, being something of a control freak.

The advent of the home studio around this time, though, sparked a new idea in Carters’ head. Playing into his nature of controlling things, carter could do it all by himself. Over the course of the next six years carter taught himself the bass guitar (he’s been quoted as saying he came to respect bass players during this time), and dedicated himself to being as present as possible on his burgeoning masterpiece.

Six long years fits fans waited for material from the reclusive song-writer, while an early EP entitled Crystalator merely hinted that carter might be heading in a less-traditional, more-electronic sound than his previous body of work.

Upon listening to the album, it becomes quite apparent that carter has not only flirted with more electronic leanings, but he has indeed redefined his sound. The album is comfortable, never at all straining or giving the impression that carter has gone beyond his means. The fits were always known for sonic exploration, along with Bailter Space becoming one of New Zealand’s more cherished noise-rock outfits, but they were also known for amazing gentle harmonies and heartfelt emotional songs.

The album starts somber, Carter’s hushed vocals cutting through a truly funky bass and breakbeat-driven opener, “Drop you off”. He’s a man without regret, the (ever-present) vocal cuts like a knife with a spiteful bridge — “I’m not your friend, i’m a stone-cold traitor”. Coming across like a slightly less world-worn take on Portishead, the track sets the mood for the album.

Album highlight “Seed” grooves along at a steady rate, rumbling-growling bass is propelled forward by a revolving synth pattern – surely a live favorite. Choruses of vocal backing fit very well into this continuing potent rhythm, making the six years of labor obviously worth every second. The first single, “evolution”, does nothing to dispel that theory either. It’s a cracking, swaggering and funky number with carter again employing somber lyrics to create a dark and smoky atmosphere.

“Pendulum” again employs carters’ up-front vocals to full effect. This time they are over a disconnected, pulsating synth backing. “Powerchord” is something of a change, though. Its upbeat rhythm, punctuated by sizzling horns and a chaotic synth line, speeds forward at a breakneck speed – reminiscent of Primal Screams’ XTRMNTR album.

Throughout, the album maintains a sly, dark, and somber tone – carter employs airy drones and gentle vocal coloring to full effect. It switches back and forth between upbeat and funky songs and other pieces that are downright mellow. The entire time, though, it’s propelled along by stunning driving bass and breakbeat drumming. As the product of six years of dedication and hard work, i think the result is well worth the effort. And infectious lyrics of the current lo-fi scene.