4-piece girl-pop group (with a token bloke thrown in to manly it up a little) formed during rockquest days in raglan, before relocating to the big smoke and releasing an ep on the new tea set records, with production by ed cake. 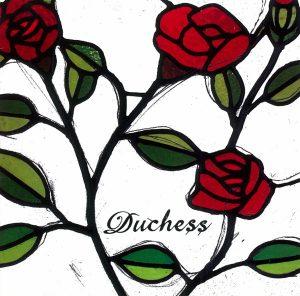 Not bad for a first EP, in fact it’s almost pure perfection for a first time thing. This band of 3 girls and one guy have only been together since 2004. Albeit they formed out of a band in high school but sound like they have been doing it forever.

Don’t expect random jams of ‘songs’ made up mindlessly in the practice room of a garage band; expect harmonic and jangly instrumentation with saccharine melodies and intricate songs about ‘social ineptitude, heartbreak, the perils of development, hamilton night clubs, bad gardening experiences, and swimming’ as said on duchess’ website. Also stated in the bio ‘they do not claim, nor are they interested in, virtuoso musical abilities, but believe that with a bit of taste you can do a good song far more justice’ and that is why all 6 tracks are faultless. With all killers no fillers, duchess leave sum 41 redundant with living to up that statement.

For a band who have been involved in high school band competitions in the past, this doesn’t sound largely Rockquest [thank goodness]. Though, Anika Moa claps on alt-country ‘Raglan City’. Also Geoff from Goldenhorse plays guitar on that track and the EP features a multitude of drummers.

Opening track ‘Raglan City’ sets a recurring theme about the thought of escape, from unsettlement in moving to Auckland (where the band is now based) from raglan. Anna sure makes it obvious the issues about Auckland. It is not instantly clear until you listen to the whole EP, especially on the definite high ‘out and about’. Which addresses the adjustment of moving to a new city and the social ineptitude in the line “You don’t really get my sense of humor” and many others.

It sounds like being self-absorbed sometimes can be a good thing when it comes to superficial issues from the oc such as ‘fitting in’ and ‘lack of acceptance’. Auckland doesn’t seem to be the only issue addressed in the songs; hamilton also gets it as well. ‘Bonsai tree’ doesn’t make much sense about too much rain killing flowers, it’s either that or hamilton isn’t a hotspot for gardening. It’s an upbeat but reflective song which talks more than just flowers. Nightclubs seem to be hotspots if gardens aren’t as in ‘dancing shoes’ which could be one of the songs about hamilton nightlife sounds like it’s about catfights over shoes.

Another song ‘Pretty girl’ (not on this ep) elaborates even more on the nightlife there, could it be that this ep should have a name like ‘baggage’ since it’s basically a concept album [almost]. The two remaining songs ‘you buried me alive’ and ‘useless’ relate to each other about being jinxed in some sort of way when it comes to relationships. ‘Useless’ goes on about being both sides being full of imperfection, ‘you buried me alive’ is apparently about being buried alive (literally? Who knows…) it also is the only track that those with a taste of loud guitars would like (or not) since the other tracks are either more jangly guitar styles (‘Bonsai tree’, ‘Out and about’), alt-country (‘Raglan City’), slow waltzes (‘Useless’) and more.