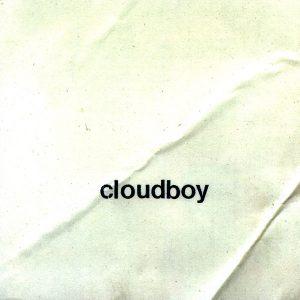 Demarnia Lloyd is something of an enigma in the Dunedin music scene. Over the past 7 years her involvement in former rock outfit mink and current band Cloudboy, as well as her solo material as cloud coupe and under her own name have kept the charming vocalist very busy.

Demarnia (daughter of noted New Zealand folk artist David Lloyd and sister of Dark Tower’s Jody Lloyd) doesn’t just limit herself to music either – for the release of last years debut down at the end of the garden, she orchestrated an entire live performance for live performances.

The album is something of an epic body of work – spanning the 5 years and containing songs that have been worked and reworked numerous times over the course of their existence. The end result is an exceedingly atmospheric, dramatic soundscape – but one that can at times over-shadow Demarnia’s heartfelt lyrical content and emotional vocals.

The album starts with a rising crescendo of sitar, tabla and violin on ‘Teaboy’ – multi-instrumentalist Craig Monk making a strong impression. Demarnia over-pronounces and creates waves of dreamy vocal haze with her tremendously breathy vocals. ‘Red Rubicon’ establishes a lyrical theme throughout the album – she describes relationship in an imperfect, often disjointed fashion, but that she is there to heal all wounds. The song mixes layers of simple keyboard drum patterns with some spicy guitar work and trumpet – traces of marimba and hefty dashes of double bass create a vast tapestry of sound.

‘Cup of Roses’ starts with hefty, pounding drum beat, breaking down to a singular bass line and layers of violin floating in and out – a huge departure from the songs original composition many years ago. Unfortunately this distracts from the melancholic beauty of Lloyd’s vocals – which often express so much emotion, but are somewhat lost under the layers of multi-tracked voices and instrumentation. Thankfully the soaring cello mid-song goes a long way towards re-establishing that emotion climaxing this song of absent love. ‘(You’re so) pretty’ continues on with Lloyd’s lovelorn desires – this time over a bed of synthesizer haze, droning bass and a bed of accompanying vocals.

A storm brews throughout the claustrophobic ‘feudal’ with many string and synth rhythms creating an environment of unease (as the song expresses lyrically). A perfect example of lloyd’s visual approach to creating music – track pulse in and out like a real storm, with waves of sound flowing in and out and engulfing the listener. ‘Tebo’ carries on Lloyd’s desires for love that’s passed her by “Driving me insane, that you couldn’t stay – Tebo” over a gorgeous driving plucked guitar piece from Johannes Contag and some coloring in the form of David Lloyd’s flute and tin whistle. Following a simple rising rhythm and a drone bass backing, the track is an album highlight for me.

Cloudboy have succeeded at creating a detailed tapestry of sound, the album literally flows from song to song, drawing heartfelt emotions from Lloyd’s charismatic vocals and the ever-soaring string arrangements, and is beautifully complemented by the instrumentation coloring that Contag, Monk and Te Au bring to the album. I do feel however that as an aspect of Demarnia’s vocal style and emotional connection to these songs, that they’re perhaps better suited to a scaled down, personal approach, as she has shown many times as a live performer.