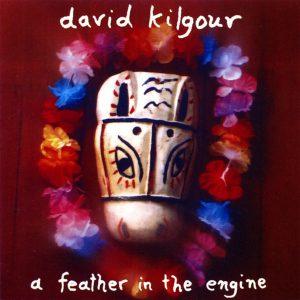 David’s first solo album since that promising reunion is as refreshing as ‘Getaway’, and seems to come together more as an album. Kilgour shows the same sense of melody he’s renowned for and even though the album doesn’t ‘rock’ as such from start to finish, he shows he can create a little heat with the more upbeat ‘today is going to be mine’.

Kilgour’s appears to be pushing his song-writing abilities, as the album is quite introspective, with David’s vocals quite up front in the mix. They are often backed only by his familiar echo-enhanced acoustic guitar. It works to a certain extent, as the album is definitely a very pleasant listen, but as with the cleans last full-length, it feels like something is missing.

We’ve seen Robert Scott flirt with more electronic and soundscape grooves on 1999’s ‘The creeping unknown’, and now Kilgour seems to be following the same path, mixing in an array of more classical instrumentation (check the ‘Instra 2’ tracks – particularly the reprise). The album comes out as more of a complete album than the clean’s previous reunion album (the pop-centered ‘unknown country’) which divided a lot their fan base – but the question still stands on whether Kilgour has succeeded in his intentions.

It’s great to see a man with such a fine ear for melody and groove as Kilgour mixing in elements of piano, cello, keyboards and violin to his guitar pieces though, and i for one appreciate his attempt to diversify his music. I’d like to see Kilgour follow through on the sound he’s slowly making his own, his solo material is sadly oft ignored – and yet contains some of the most gentle yet dramatic instrumentation and infectious lyrics of the current lo-fi scene.