Auckland-based soul-funk-pop 10 piece led by vocalist/guitarist Richard Setford. They’ve made a big impression nationwide with their live performances, including quite a bit of television exposure around the nationwide national anthem charity event.

The popular 4-piece of Glen Ross (guitar/vocals), Karen McLean (bass/guitar/vocals), Ants Anema (drums/vocals) and Donald Ferns (guitar/bass/vocals) made what they describe as a mix of ‘The Clean, The 3Ds and Bailter Space and the DIY punk ethic of the early days of Flying Nun Records to spew forth their own greasy amalgam of guitar noise, catchy melody, and distinctive weirdness’, and their excellent performances certainly point in that direction.

They self recorded and released a CD-r EP, before an album proper in 2004, and have been associated with Aucklands’ Powertool Records label and Ian Jorgenson’s A Low Hum, though their releases came out on their own ‘Madfishwish’ imprint.

The group took a permanent break in 2009 with the dissolution of McLean and Ferns relationship.

Has recorded on Bruce Russell‘s Corpus Hermeticum, as well as extensively on his own Deep Skin imprint.

The alias of Pauly Fuemana, and taken from his former South Auckland hip-hop posse the Otara Millionaires Club, OMC somehow managed to have the most successful single in the history of New Zealand pop with the infectious ‘How Bizarre’ – a global phenomenon (and pretty much one-hit wonder) through-out 1995 and 1996.

Always to be remembered more for the one-hit than the sound behind it, OMC continued to perform and record throughout the 1990’s, but by the 2000’s had fallen on tough times. With a royalties fallout with his producer Alan Jansson in 1998 and continued problems with drugs and alcohol, he faded from the public point of view until his death in  January 2010.

Sampson left the group to be replaced by Lee Devinish, but with the groups impending tour of Europe in mid-2008 (where they would be performing as a 3-piece), the line-up was then reverted back to Sampson on guitar for their final few shows. The group were the focus of a lot of attention in late 2007 and 2008, and eventually released their debut self-titled album with distribution through Global Routes.

Around this time the group fractured, with Singer leaving to pursue different avenues, and Watson establishing more authority, quickly building a new line-up. At the same time Watson had been playing in Pop Hits City with Ross Heath (formerly of Bang! Bang! Eche!), Will MacFarlane, Chris Andrews (Bass – Palace of Wisdom) and Tim Woods (Drums). The new O’Lovelys took the rhythm section of Woods and Andrews, and added Perry Mahoney (also a former Bang! Bang! Eche! member) on guitar.

This line-up recorded the ‘Lost Love’ EP with Dale Cotton in Dunedin – songs that eventually made their way onto the groups 2nd album ‘Constellation’. However by the release of the album the group had relocated to Auckland, had cycled through a small handful of supplementary bassists and had been renamed ‘O’Lovely’. 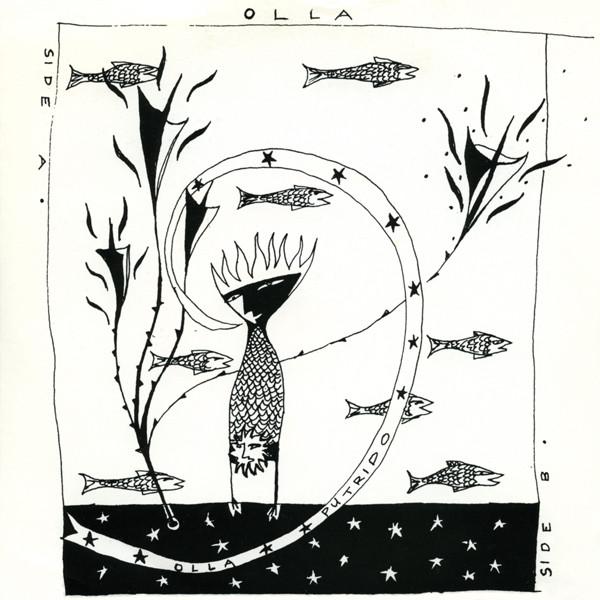 East-Auckland garage-rock fanatics (and followers of the might Ig) The Osterbergs consisted of Paul E. Snake, Lance Strickland, Mark Jones and Shirley Charles by the time of the only release.

According to the liner notes “With the successful implantation of Jules on the bass guitar the Osterbergs have mutated into a five headed beast called ‘Freak Power'”.

Unfortunately I missed the main Christchurch connection in this Goodbye Blue Monday show, with Tommy Ill trading rhymes in a new duo with Shorty K a little after I arrived; as I’d missed local opener (and Bang! Bang! Eche! frontman) Zack Doney fronting his new project Teen Fortress. Much more upbeat than the last time I saw Tommy rhyme, Shorty K (aka Kelvin Neal of the Crackhouse 5) adds a bit of sing-along to proceedings, helping to get the party started for me. The hilarious 47 Diamantes feature an ex-garden city-ite anyways in front-woman and exhibitionist Gemma Syme (Dianna Rozz / ex-Holiday with Friends) and brought the night to a great close. After ripping through some electro + screaming classics (with Shorty K manning the keyboards and playing some sweet catchy beats and riffs), Gemma started stripping layers and inviting the crowd forward. Check out the full photo set by clicking the link above.

Me and 8 other folks caught a lovely show at High Street Project last night. I turned up on time at 8pm to the usual message; wouldn’t be starting for a while yet so Rory from Witchuals, plus the Finnish guy Veli-Matti walked down to South City for some food and booze, talking about Earthquakes and Brisbane’s floods (as Veli-Matti has been living there).

Witchuals is the latest name for Rory and Shannon’s junk noise, vocal play with dictaphones and percussion performances. Really cool stuff, got some on video which i might upload later.

Veli-Matti then played a few songs as Kutomo using a loop station, guitar, nice lil casio keyboard and some wind instruments. Fairly down-beat but nice stuff, which he book-ended with awkward descriptions of their meaning.

Beverage of the night was Rochdale Ginger Cider, which at 8% hits more like a scrumpy but tastes pretty great.