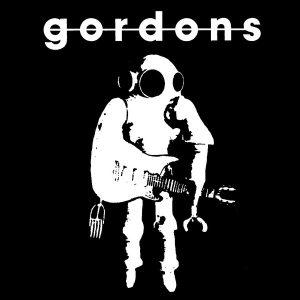 As part of Flying Nun’s initial installment of classic album reissues (celebrating the labels 21st birthday), The Gordons first album had otherwise been selling for astronomical figures in its rare original vinyl issue. The reissue brings together the original 1980 Future Shock EP, along with their classic 1st album – the bands full-length debut. Eventually mutating into Bailter Space, this trio of Alister Parker, John Halvorsen and Brent Mclachlan that was forged from the same Christchurch, New Zealand scene that spawned the Clean, are probably most famous for their incredible sonic extremes.

Needless to say the first recordings were an attempt to recreate their powerful, ear-destroying live performance on tape, and although a recording could never represent the true fury of an over the top live performance, it’s a pretty damn good effort. Guitars ring out of key in a churning, aggressive fashion, falling like shards of ice to create a disjointed, messy and thoroughly ‘rock’ sound. Like their countrymen the Clean, they succeed at every opportunity in turning simple, churning guitar riffs and primal fury into the most cerebral of rock music. Opener ‘Spik And Span’ has a slacker delight recalling the Fall’s most caustic performances with parker performing the most devastating vocal snarl possible.

But the Gordon’s didn’t follow anyone else’s lead, they were true originals, ahead of their time. Over the years Bailter Space managed to clean up their sound, bringing on a more ‘indie’ sound to their paranoid, delusional tales, but it was the Gordon’s first album that sees the band in their most raw, effective state. The songs are presented with beautiful clarity (a godsend for those of us trying to maintain an aging Flying Nun vinyl collection), carrying every nuance and gritty sonic texture from the original recordings.

Halvorsen and Parker manage to create some of the most unusual sounds a bass and guitar have ever combined to make. ‘Right on time’ features some utterly bizarre bass from Halvorsen, popping and rolling while Parker lays out explosive, convulsing guitar. ‘Coalminers Song’ posseses a lethargic, pulsing intro hints at all manner of destruction on the rise, but when Halvorsen finally chimes in with his vocals it all seems perfectly unified. That’s what the Gordon’s do best, they unleash vehement sonic noise, ready to explode – and yet somehow contain it all within effective, catchy song structures. It’s hard not to sing along to the simple chorus of ‘Spik And Span’ or the Future Shock EP closer ‘Adults And Children’ in all their demented glee.

‘Growing Up’, in particular, opens with such a menacing, downbeat guitar it’s a wonder the album hadn’t been reissued earlier – it’s such a vital, authoritative representation of the early Flying Nun sound. Parker’s vocals have a charm all their own – he seems to invoke a paranoid, dysfunctional existence in a mumbling, sing-shout approach that leaves you wondering what he’s on about, but humming along anyway.

Thankfully the Future Shock EP shows all the same qualities of the later debut, with a slightly more lo-fi recording. The title track shows the bands original punk leanings, flying through a churning guitar and bass driven number at considerable speed with Parker’s nonsense lyrics punctuating the aggressive attack of the song. The closer, ‘Adults And Children’, is something of a kiwi punk classic. Pummeling guitar and bass riffs immediately allow parker to scream maniacally over top. It makes for one hell of a great, gleeful pop number, on line with the Clean’s own ‘Tally Ho’.

Though Bailter Space have gone on to considerable success with their future albums, they never did it better than their original debut as the Gordon’s, which stands out as an absolute classic from the early Flying Nun years. You’d be hard-pressed to find a better and more eagerly awaited re-issue this year – i’d suggest picking it up immediately.