Lower Hutt death-metal / grind-core with a handful of self-produced recordings and some international support slots under their belt since forming in the late 1990’s (after a myriad of lineup changes).

The group released the track ‘Bone Collector’ on the absolutely bonkers ‘Stop the Bypass’ compilation of random Wellington acts – a fundraiser aiming trying to prevent a highway bypass that was constructed through Te Aro Valley in Wellington in 2005.

The group would continue through the 00’s, producing a fairly large catalog of self-released albums and EP’s (including a split release well-known Auckland act Malevolence) – despite having trouble holding on to bass players.

Tragically, 35-yr old vocalist Matthew Hall died in January 2011 as a result of a ferocious attack while in bed at his Johnsonville flat – the victim of multiple stab wounds.

Things took a dramatic turn during the investigation of Hall’s murder – Petone man Timothy Parlane (a former bassist with another Metal Group – Wellington Thrash group Bulletbelt) supposedly confessed to Halls murder, but was subsequently hit and killed by a train mere hours after talking to investigators of the Hall case.

THE STORY SO FAR

February 2011: Matthew Hall is found stabbed to death in his bed in Johnsonville, Wellington.

March 2011: Lower Hutt man Timothy Parlane is interviewed by police in connection with Mr Hall’s death and released soon after. Hours later he is hit by a train. An IPCA investigation is started.

April 2011: The Dominion Post reveals Mr Parlane confessed to a woman he was dating that he had murdered Mr Hall.

August 2012: The IPCA investigation into police conduct before Mr Parlane’s death is completed, but it decides not to publish its findings.

December 2012: The police file is passed on to the Wellington coroner.

Wonderful now-defunct 4-piece shoe-gazers out of the garden city that put out 2 7″ Lathe Cut EPs, and a stunning 6-track album that turned out to be their parting recording some 2 years later.

Comparisons could be drawn to My Bloody Valentine, Slowdive and “Nowhere“ era Ride – but Barnard’s Star took a decidedly more ethereal approach – distilling the shoe-gazer sound to a fine pulsing tone, which was quite a spectacle live.

Playing coffee houses and small gigs in sporadic fashion, they became quite the cult act – especially due to their apparent lack of recorded material, so when they broke up in 2002 – their recordings became as scarce as the musicians themselves.

Winstanley has gone on to form the Undercurrents and now has involvement with the Creation venue and art-space, whilst bass player Helen Greenfield and guitarist Nick Guy went into seclusion, eventually performing (so far a single gig!) material as Helen and Nick with a synth-drone focus.

Originally known as Bits and Pieces; BnP make Anarchic punky noise that grabs you by the jugular.

The group were originally a young house party group with songs about slinging back whiskey and a whole lot of sloppy covers, however with Stephen Nouwens on vocals BnP stepped things up a notch.

They burst forth out of Christchurch thanks to the rise of 2nd release ‘Welcome to Mediocrity’ which made some waves in critical publications around the country in early 2012.

Each member of the group has been active in a variety of local Christchurch acts – as is the tradition, in fact the majority of those involved with the band have also been members The Lonely Harris Club, Doctors and (currently) The Brian Tamaki Massacre.

In 2006 Alpers produced her 2nd release (and full length debut) ‘Isolation Loops‘, leaving Arch Hill to form her own Electroplate Recordings and touring with former Mestar bassist Stefanimal for the albums release.

After further success with ‘My Electric Family’ and a self-titled 3rd album – both co-released on US label Drag City, Alpers retired the Bachelorette alias in 2011 – creating a Kickstarter project for new album ‘Remote’ performing under her own name for the 1st time.

Put out two releases on underground label Root Don Lonie For Cash. Potentially something to do with The Futurians… Or Campbell Kneale?

Short-lived Wellington hard-rock 3-piece comprised of Head Like A Hole‘s Tom Watson and Nigel Reagan, and bolstered by Craig Terris. Put out a 7″ EP on Andrew Tolley’s excellent Kato label. 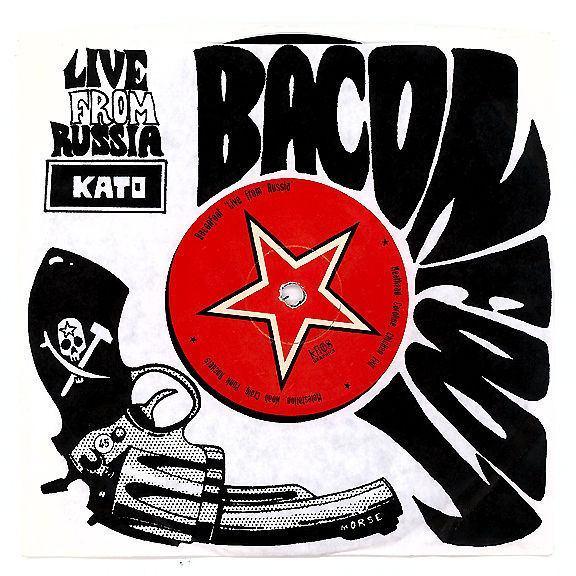 Terris and Watson went on to form Cassette.

Evil toured as part of the labels One-Man Band tour in 2006 finding fans of old-fashioned reverby and fuzzed out guitar rock up and down the country. His party anthem ‘Mermaids Ride UFOs’ was released on the Wolf Party compilation in 2010.

Moody spent a period as The Palace of Wisdom‘s guitarist between 2008 and 2010, before joining Luke Woods surf-guitar group The Grand Chancellors.

Ex-pats The Julie Dolphin (a successive British pop outfit that even managed tours with Oasis throughout the 1990’s) split in the early 2000’s, with founding kiwi duo Brett Adams (himself an ex-Mocker) and Dianne Swan (Everything That Flies, When the cats away) returning to New Zealand shores.

Swan and Adams formed the Bads as a recording duo – utilizing additional musicians to fill in the rhythm section for their live performances, and were eventually picked up by Stephen McCarthys’ fledgling South Recordings label, with an album to be released in early 2005.

Part of the 8 Dec Records label / Fever Hosptial collective, a group of low-key musicians / film-artists that have released several lathe-cuts (including an early Campbell Kneale release as Airport) to little or no attention. 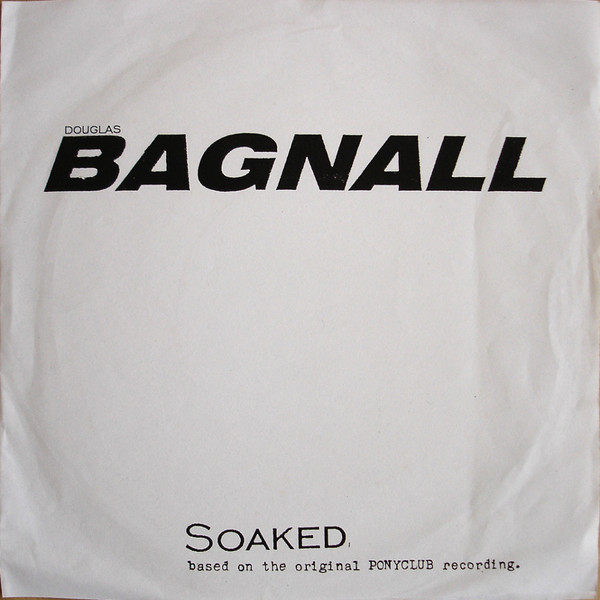 Starting life as the Gordons, Bailter Space were one of the most abrasive aggressive and (primarily) loudest bands to ever emerge out of Christchurch and the Flying Nun scene of the early 80s. Comprised of Alister Parker on guitar/vox, John Halvorsen on bass and Brent Mclachlan on drums, the Gordons were the sonic exploration end of the dunedin sound, creating tremendous walls of weedback and distortion, never seen before on the New Zealand scene. Parker’s deadpan monotone growl was the icing on the cake in these early albums, and the Gordons were reasonably successful as a local act before disintegrating in 1986, releasing two solid albums on Flying Nun.

Parker formed Bailter Space in 1987 (initially as Nelsh Bailter Space), retaining his role from the Gordons years, but bringing in the Clean‘s Hamish Kilgour on lead guitar, the Pin Group‘s Ross Humphries on bass and Glenda Bills on drums. This line-up never seemed to settle though, with Kilgour switching to drums, Humphries and Bills leaving the group to make way for original Gordons bass player John Halvorsen to resume the bass playing role. This line-up recorded their stunning, ear-bashing debut Tanker, but once Kilgour had rejoined the Clean full time again in time for 1989’s Modern Rock, Brent Mclachlan was brought back in to complete the original Gordons line-up.

Through out the 90s, Bailter Space continued to release brilliant, dense rock albums, cultivating their wall-of-sound to the point of My Bloody Valentine comparisons, but Bailter Space were always more aggressive and indeed louder than their Irish cousins. After several impressive North American tours, Matador signed the band for American distribution, releasing the 4 song ep The Aim to a burgeoning US audience. The positive feedback that Vortura and Wammo (their mid 90s classics) receieved led to the band relocating to New York.

After adapting to a looser, more ‘Indie’ sound with 97s Capsul, the band then set about a less hectic schedule, gradually developing their sound at a more relaxed pace, taking several years between Capsul and Solar.3, even after the more considerable amount of press these albums receieved. In 2004 the (newly coporatized) Flying Nun / Festival Mushroom Group issued a best-of compilation compiling the history of Bailter Space. Though put together and designed by the band themselves and contains many classic character-defining Bailter Space songs, the compilation skimps on any band info or details along with some of the more direct and obvious compilation choices, leaving their albums (particularly Tanker and Wammo) much better starting points for the band.

After a lengthy hiatus whilst the members were living in various cities in New Zealand and the United States, Bailter Space re-emerged in 2012 with new recordings on the Arch Hill label – previewing tracks on-line before the new albums eventual release in August 2012 – some 14 years since Solar.3 was released!